Showing for the first time at NZFW – the Taylor show can be summed up in one word – slick. Well, not really in one word because it was a lot more than that – but slick it most certainly was.  Considering it was put together in super quick time – there was simply no hint of that in the show itself. With each of the girls styled exactly the same – down to hair color and length, all you were left with was the clothes themselves (I imagine this was the intent)as your focus. With a great mix of the tailored (no pun intended) at the base of every outfit – beautiful fitted pants, skirts and dresses with other pieces draped, wrapped or belted (or all of the above) over.  With a palette of black complemented by cream, orange, yellow and khaki – there was also a lot of texture with sequins, georgette and a beautiful painterly black and white silk satin. One of the things about her show that I noticed especially while I was loading these shots, is that her clothes are as interesting from the back, as they are from the front. She is interested in the  detail of the ENTIRE outfit – not just the standard perspective .

This is not a winter collection though. In a clever move, Vicki Taylor has created a capsule collection to be released in time for the opening of her new store in the Britomart in December of this year.  It will create a bridge between her current clothing in-store and the winter 2013 collection. So those pieces will be able to be bought in December – while they are still fresh in her client’s minds.  It was very apparent at her show that many in the front row (as with Andrea Moore) were clients rather than all media.  In the current climate, this appears to be a very wise move. 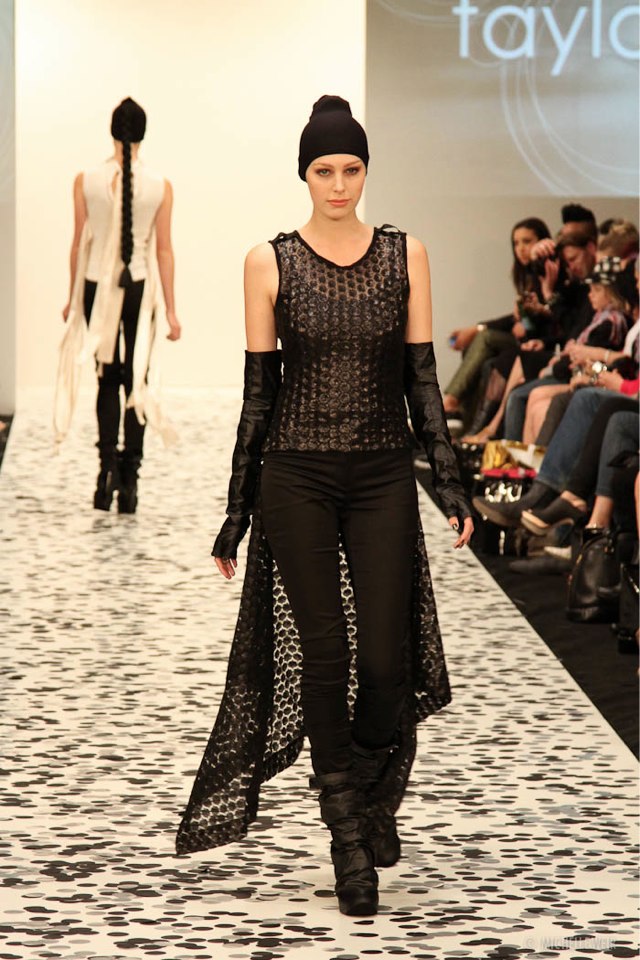 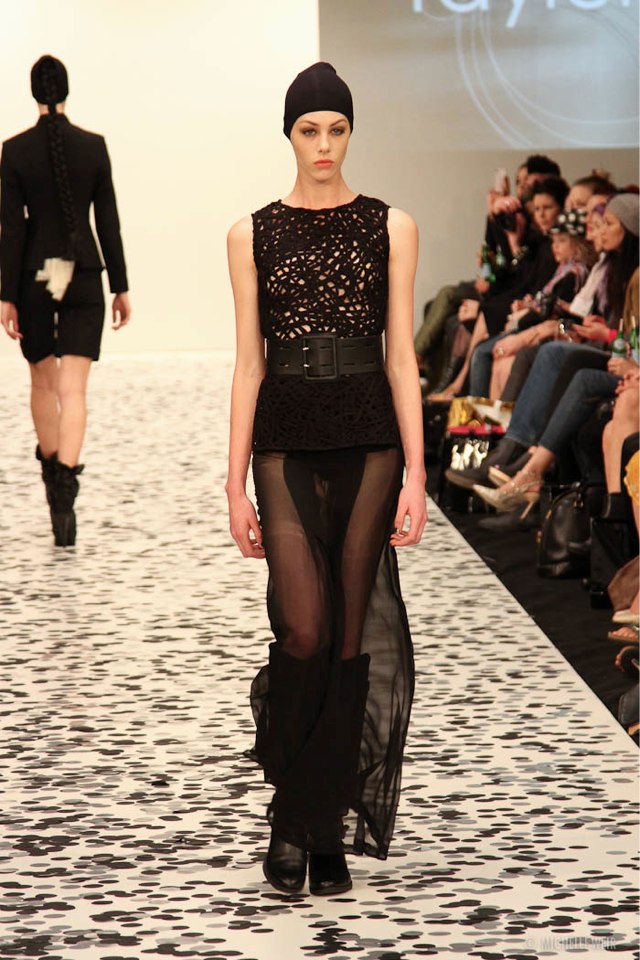 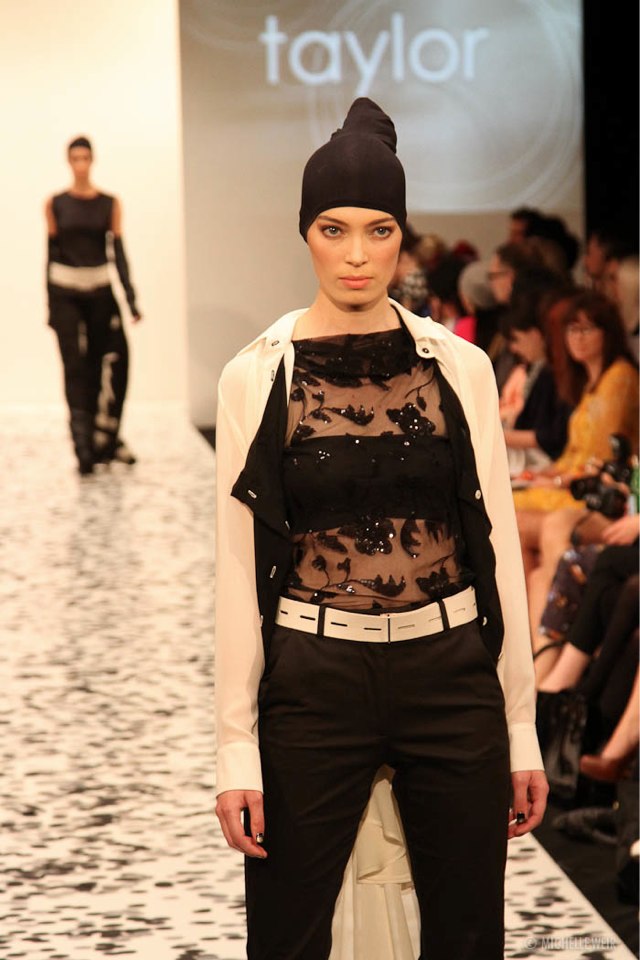 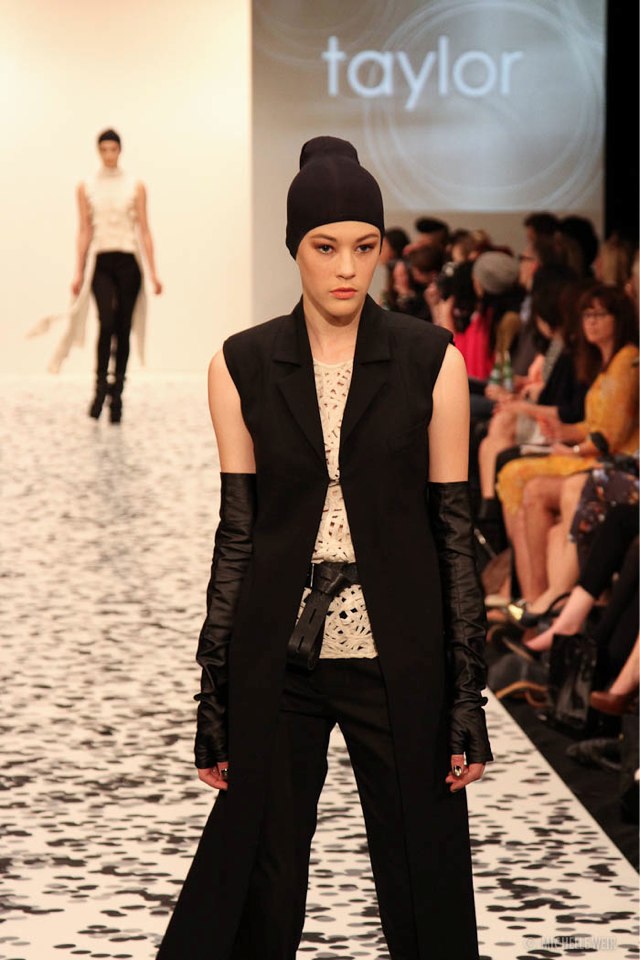 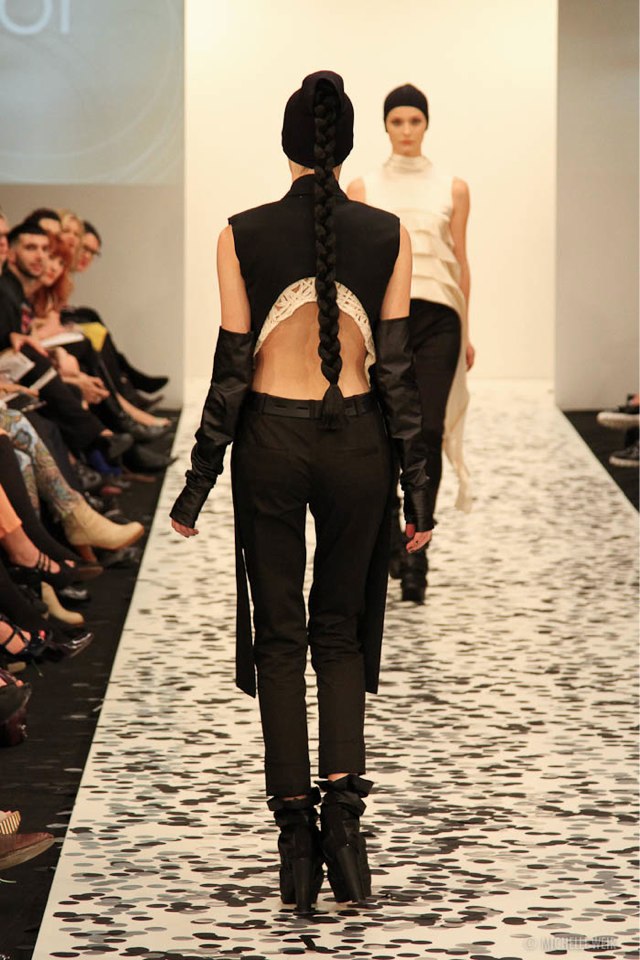 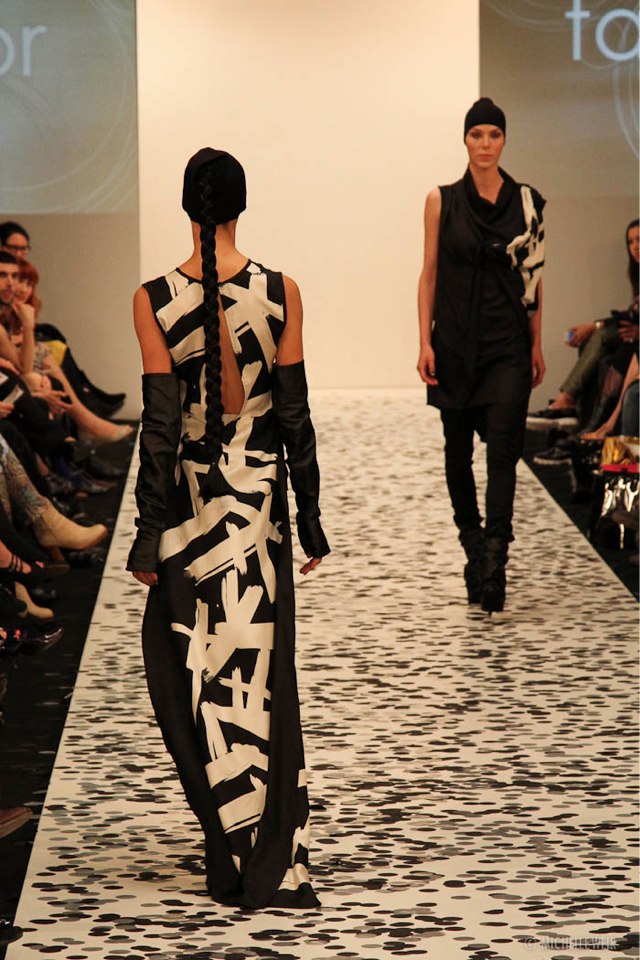 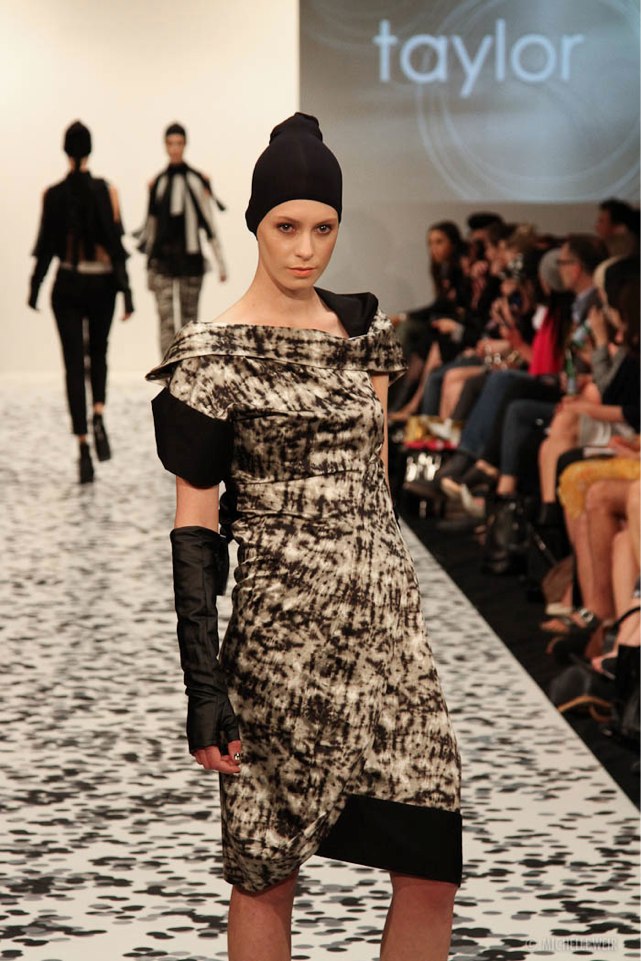 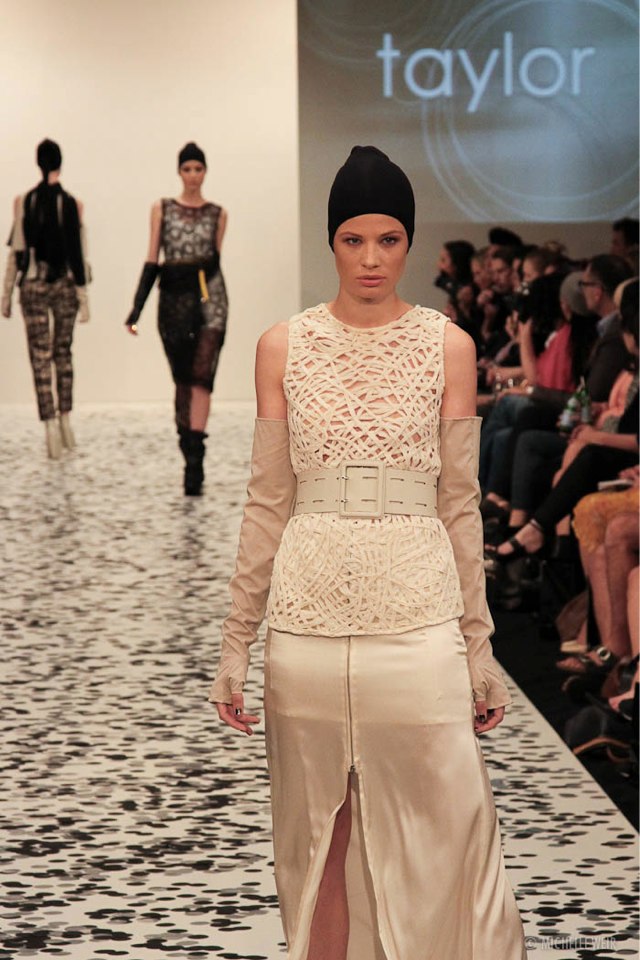 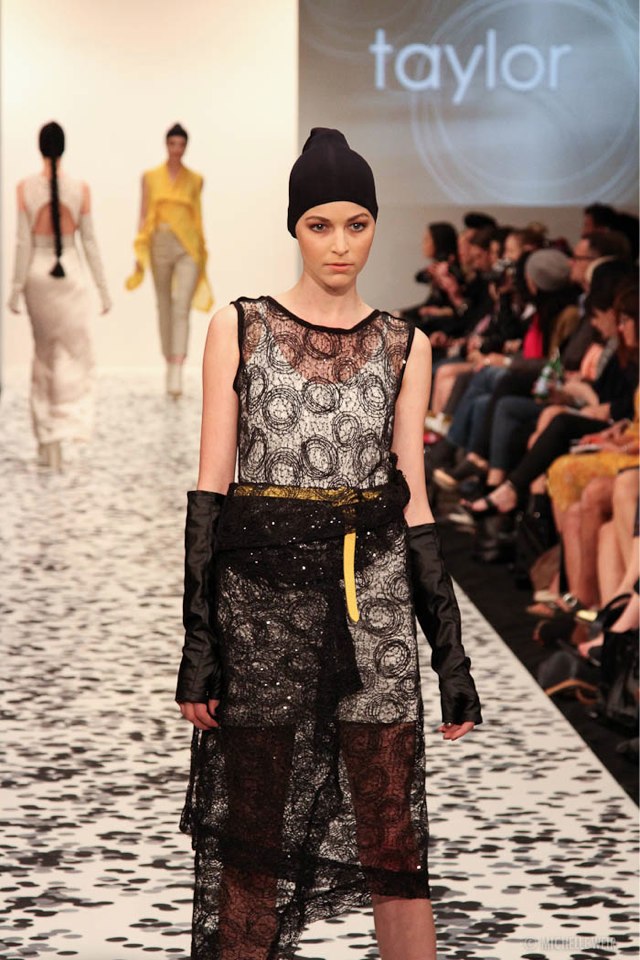 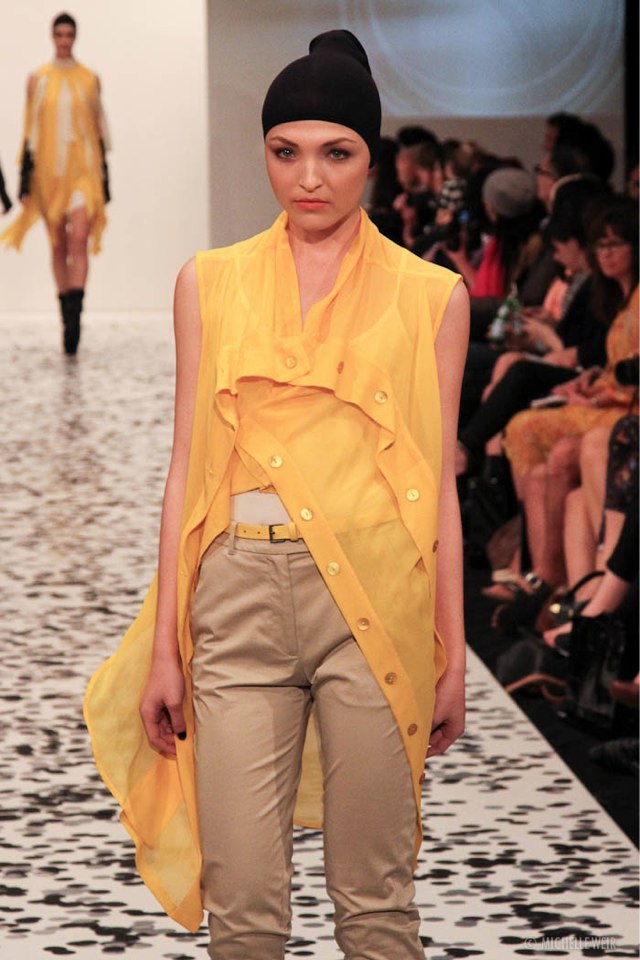 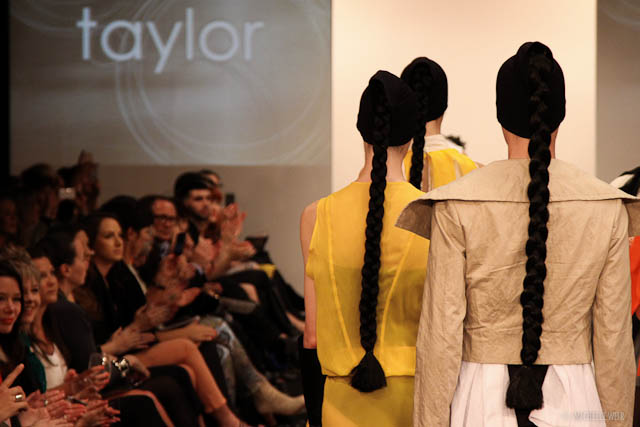 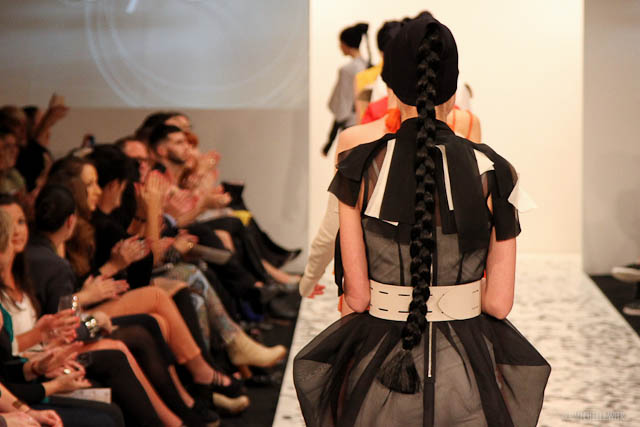 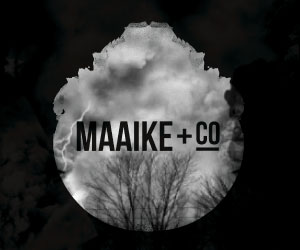